"Did you know in some parts of the world, Epiphany (January 6, which brings the Christmas season to a close) is celebrated as Women's Christmas? Originating in Ireland, where it is known as Nollaig na mBan, Women's Christmas began as a day when the women, who often carried the domestic responsibilities all year, took Epiphany as an occasion to enjoy a break and celebrate together at the end of the holidays." Jan Richardson


It's been over 10 years now, since I had the crazy idea dream to host a Baby Shower for the Blessed Mother. It would be held on. or close, to epiphany, when, as the story goes, Wise Men followed a star in the East to bow down before the humble king born in a cow barn. Back then I couldn't get the idea of a teenage girl giving birth to a baby - not just any baby but one announced by an angel as the son of God - far from home with no women around to help her labor. Poor Joseph had his own issues to deal with, so I doubt he was helping his young wife focus and breathe into the pains.

In the years that have come and gone, the Baby Shower grew, gifts were donated to local hospitals and charities and, as dreams often do, faded into a dusty, unused room at the church. Every year, on this day, I think those same crazy ideas and yearn for the energy to give new birth to the dream.

When I opened Jan Richardson's Sanctuary of Women blog a few days ago, I  was happy to see that others have had the same idea - that "wise women also came." This blog also introduced me to my word for 2015  - threshold - so it was a double blessing.

The glory of the Christmas story is enhanced, don't you think, when women are added to the manger scene? Imagine it. The floor swept clean, a kettle of hearty soup warming on a nearby fire. Mary's hair washed and combed. Her skin rubbed with lavender oil. Dressed in a clean robe, no longer covered in dust and donkey hair, she reclines on soft, handmade quilt, a gift, perhaps, from the innkeeper's wife.  Joseph off to one side shakes hands with shepherds. Kings pat his shoulder. They shuffle their feet and laugh in the way men do when they are uncomfortable. The Eastern Kings brought gold, frankincense and myrrh. The women shared their gifts of silent knowing, comfort, and tender care. 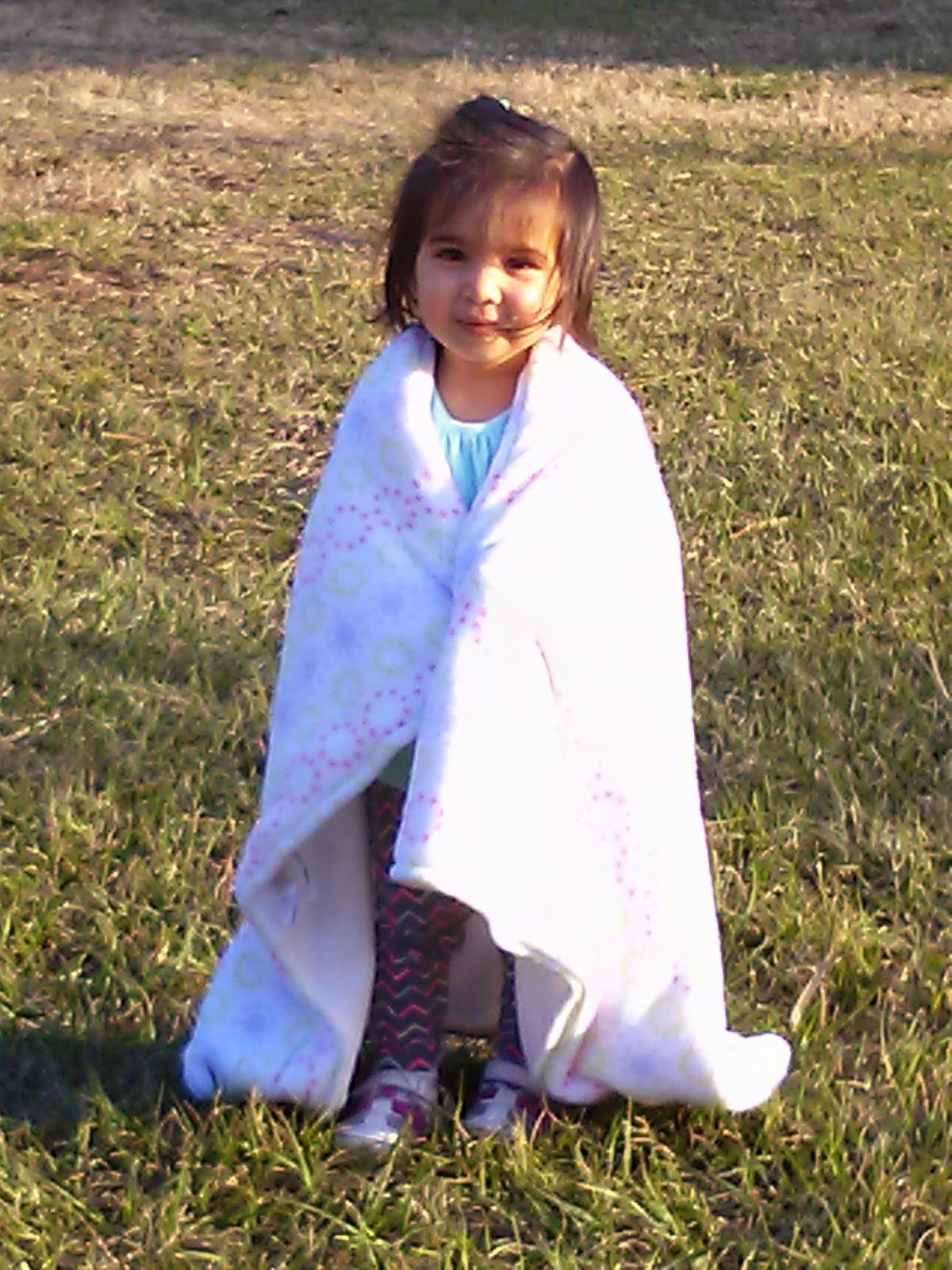 I've written before about Bella and her holy trinity - pink striped blanket, brown dog, and red purse. There for awhile she considered wrapping herself in the blanket a version of peekaboo I'd never played before. Thanks to the movie "Frozen" Bella now knows about queens. Well, she knows queens wrap themselves in soft, flowing capes. Now, when she throws the blanket around her shoulders, she's more apt to say "queen" than peekaboo. Part of our afternoon ritual has become taking a walk to "see squirrels." We don't always see squirrels, but we never fail to spend some time being "queen." 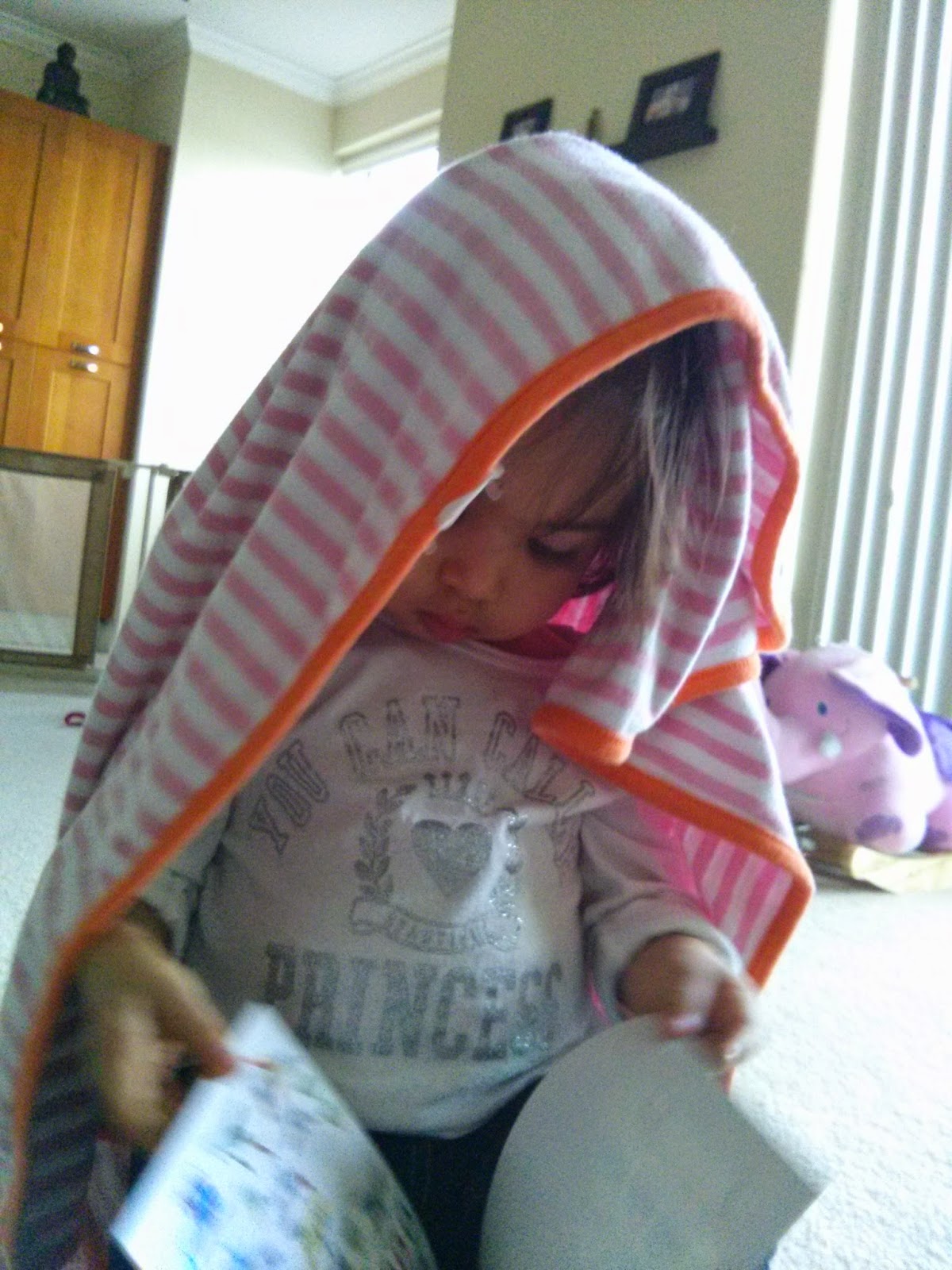 With these pictures in mind, I can't help but wonder what gifts a Hindu queen, from the east coast of Florida, educated at a Hebrew school, and tended by a Christian nanny might bring to a newborn king.

A soft, brown dog, for sure, and some of her favorite books. Stickers, ABC cards and a box of raisins. She might offer a sip of "cat water" ( water from a Hello Kitty cup), "baki" made in her own kitchen, served with a grey plastic spoon, or tea from her new tea set. Queen Bella might dance the Hokey Pokey for the baby, but the greatest gift, more valuable than gold or myrrh would be her laugh. The one that comes from her belly. The one that sounds very much like the angels singing. The one that brings tears to my eyes every time I hear it, for the joy it carries with it.

Putting her finger on her lips, Queen Bella would quiet the visitor crammed in the stable. "Shhhh," she'd whisper. "Baby's la la."

I wasn't there, so I can't say for sure. But I'm guessing Baby Jesus would have slept soundly that night. Resting in the glow of wise women.

What gifts would you offer to yourself or others on this "Nollaig na mBan"?
Merry ME
Posted by Merry ME at 1:56 PM

All I can say right now is wow...a quiet wow at that because the moment is so holy.

I would offer a willing presence...a heart ready to give and hands at the ready to do service.
You've captured a truth here Mary...thank you for the thoughts that will carry me throughout the day.