I can't tell you where the last couple of days have gone. I wish I had more to show for them. I'm not doing so good at posting every day.

The SSJE's words for yesterday and today are act and risk. I think they could easily be two sides of the same coin. If once you decide to risk, action is the next step. Or maybe when you decide to act, it involves a risk.

The other night Sweetie and I watched a documentary on Netflix called Nicky's Family.  It gave me goosebumps, made me cry, and made me wish that I would be so brave. The gist of the story, which you may have heard already, is that Nicholas Winton, "a London stockbroker, born into a family of German Jewish immigrants rescued 669 children, most of them Jews, from Nazi-occupied Czechoslovakia in 1939. They came to Britain in eight transports. The ninth was canceled when Hitler invaded Poland on Sept. 1, 1939. The 250 children destined for it journeyed instead into the inferno of the Holocaust."(Roger Cohen http://www.nytimes.com/2014/10/31/opinion/roger-cohen-the-discretion-of-nicholas-winton.html?_r=0) 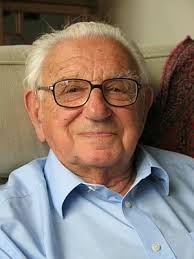 found a scrapbook in their attic with the names and details of every child that left Czechoslovakia. As humble and unassuming a man as you'll ever met, who is still alive at the age of 105, had never told the story to anyone. Winton's wife shared the scrapbook with an English journalist who tracked down 250 of the children. Today the children Winton saved and their extended families numbers over 5000. Remarkably they all inherited Winton's desire to help others. The documentary goes on to tell the stories of how "Nicky's Children" have paid forward his willingness to step up and do what some think cannot be done. "Survivor families have donated hair to cancer
survivors, set up a program to save the lives of undernourished children in Cambodia and Africa that has saved 3,000 children, and to
and speak to children about their stories."

This week Kailash Satyarthi and Malala Yousafzai were awarded Nobel Peace Prize for their work with children. Both have acted in the face of overwhelming odds. Both have faced down oppression and stood for what is right.

I think these words from His Holiness Dalai Lama, could easily have been said about all the people in the world who are not only willing to risk by to act.


"We need special effort to bring up our basic nature of human beings – compassion. Here is example of Nicholas Winton – we should learn from his motivation and from his courage, from his act. We must carry his spirit from generation to generation. Then humanity’s future will be brighter." http://www.nicholaswinton.eu/en/pribeh-nicholase-wintona/citaty

"We rise by lifting others,"*
Merry ME

* Robert Ingersol
Posted by Merry ME at 3:24 PM

Some times beautiful merry, we rise in the smallest of actions. Not all of us save the world, some of us just save each other. I know that having you as a friend, lifts me.