There's a lot I can say about my Sweetie.
He makes me laugh.
He holds me when I cry.
He tells good stories.
He's mostly a good driver, except when I'm backseat driving and yell, "Look out!"
He likes to read.
He likes to write.
He's organized in a way that I will never be.
He loves cats. Dogs too. But there's a soft spot in his heart for big gray English Blue cats.
He's never met a potato chip he didn't like, but he prefers Wavy ones.
He's a volunteer Guardian ad Litem.
He's patient until he's not, then he blows up. The good part about this is, it doesn't take him long to be is okay again. (Unlike me who lets things fester)
He likes back scratches.
He doesn't say anything when I sleep in late … really late. Or steal most of the covers.
He's a life coach, cheerleader, and good listener.
When I say I'm okay with not having a Christmas tree this year, then change my mind a couple times before settling on a white tree, he says, "Looks good to me."
He lets me be me.
He is the next best thing to the real Santa. 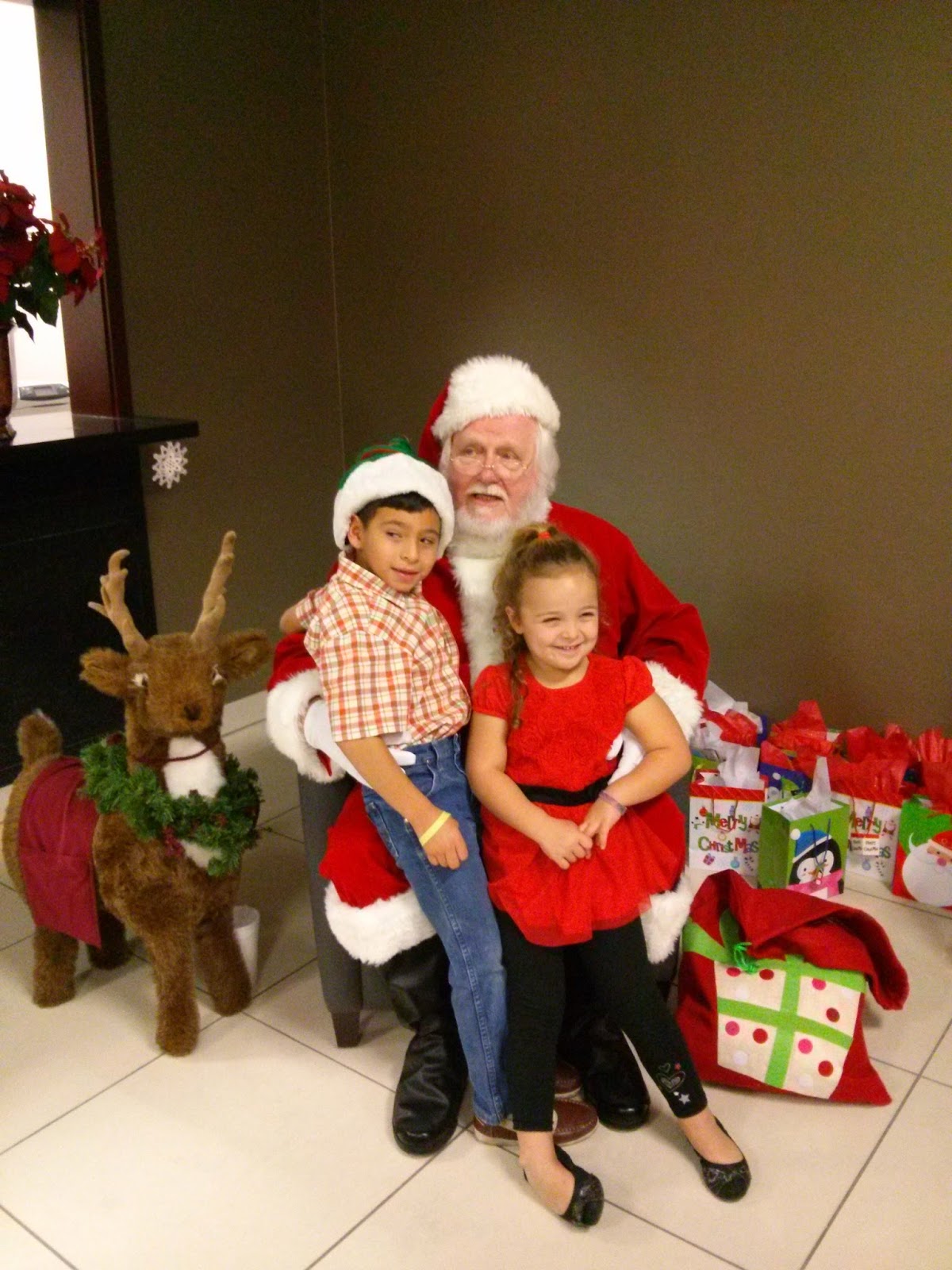 Last week he donned his Santa suit and went down to the courthouse where 12 kids were being adopted into "forever" homes.  It's an annual tradition for Santa to be at a reception for these kids who have probably had more trauma in their short lives than some people have in a lifetime.


Tonight Sweetie, aka Santa, rode into the neighborhood on a fire truck. I swear I almost swooned when I saw Santa waving to a crowd of kids as the truck stopped in front of the park where the annual Christmas party is held. A policeman escorted Santa through the crowd to a big chair. A queue of over 100 families formed to speak to the man in red.  I watched in amazement as Sweetie, who doesn't talk all that much, spoke to each child as if (s)he was the most important person in the world.  He listened to their wish lists and smiled for every picture. He held a 2 month old baby and shared his seat with a rather inebriated guy who looked like he was from the Duck dynasty. All the while, you'd have thought he just left the North Pole. 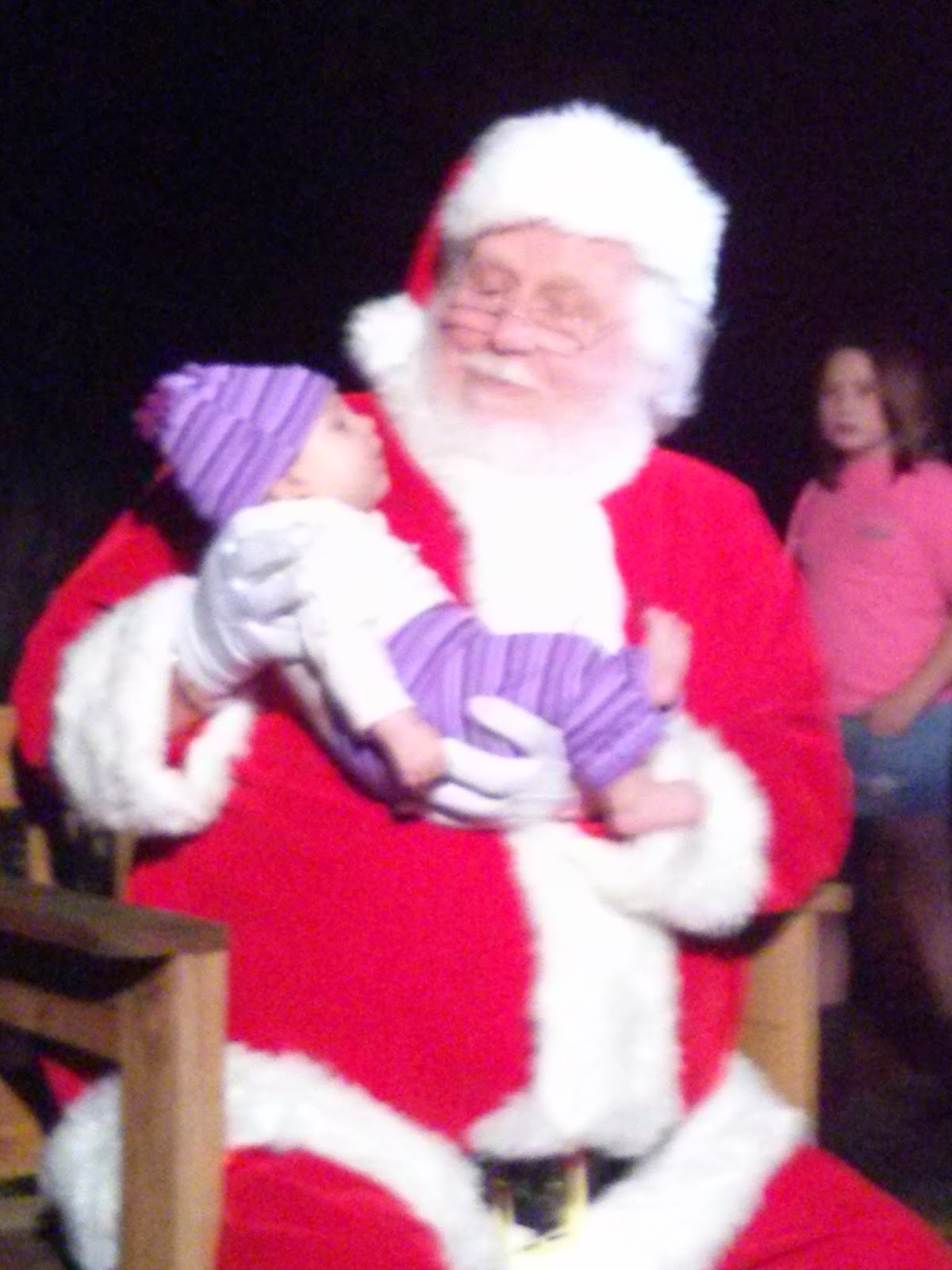 You know that part in the story of the Grinch Who Stole Christmas where the Who's down in Whoville wake up on Christmas morning and are happy even tho' the Grinch had stolen all their presents. In a moment of realization the Grinch learns the true meaning of Christmas.

I don't believe I've reached my usual height of Grinchness this year. I also haven't gotten into the true spirit.  I came close tonight as I watched with "delight" as the man I love did for others what he does for me on a daily  basis.  He took a few moments with each person, young and old, and gave ear to their hopes and dreams.  It's hard to believe in the magic and wonder of the season when there's so much going on that no one has time to listen. 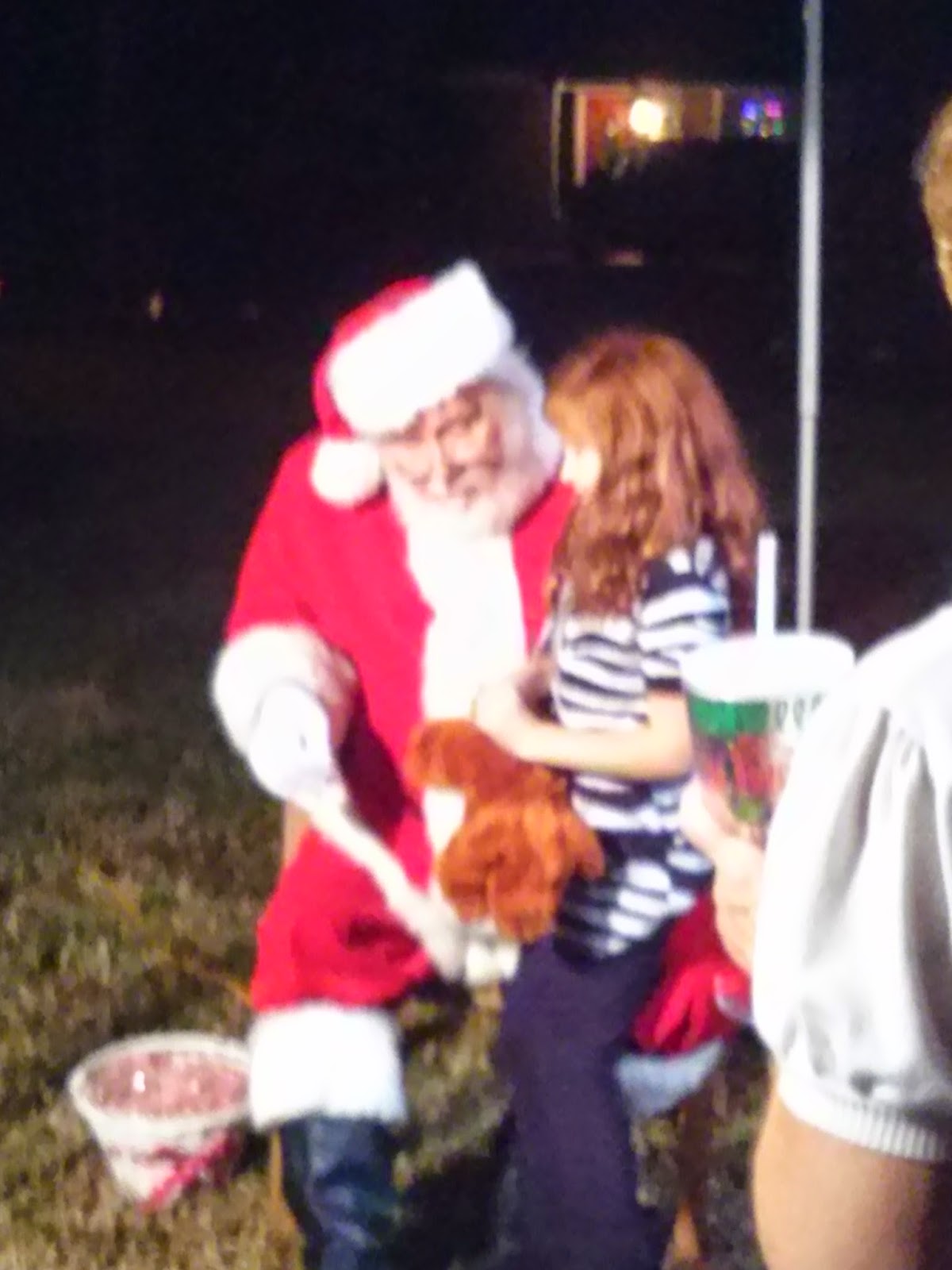 Have you listened lately to the voice of a child, perhaps the child within who cries out to be heard?
Have you listened to hymns and songs of the season, be it Ave Maria by Josh Groban or Silent Night by John Denver and the Muppets?
Have you stood under a starry sky and listened to the sounds of silence?
Have you listened to an old person tell stories of long ago Christmases ?
Have you heard the cries of the homeless asking for just a few pieces of change?
Have  you heard a baby laugh and felt, in the deepest part of you, that no matter how bad it gets, life is still good?

Tonight my heart is filled with the joyful knowledge that I'm a lucky girl to have such a Sweetie,
Merry ME
Posted by Merry ME at 11:22 PM

Delightful post. You have such a gift for writing from your heart Mary. Sweetie is a treasure, you well know!