I'm So Excited and I Just Can't Hide It! 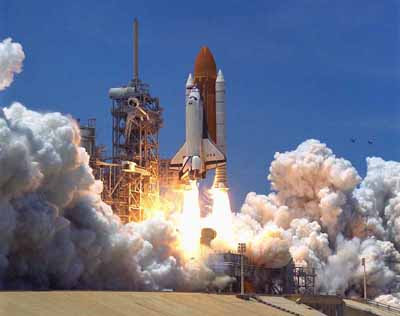 Woohoo!
It's Launch Day!!
Downer's Grove, IL. - Saying Goodbye, an anthology of true stories about saying goodbye to the people, places and things in our lives, will be released in book stores on October 11, 2010. The book features "Goodbye Upstairs" by ME of Jacksonville, FL.
OMG! It's official! I'm a published author. Well, ME and 30 others from the U.S. Canada, Ireland, United Kingdom, France, Italy, Germany, Australia, New Zealand and elsewhere. OMG! That's some kind of company I'm in.
"Saying Goodbye is the first anthology in a new series from book publisher Dream of Things. 'The goal,' said publisher and series editor, Mike O'Mary, 'is to publish books that fill the gap between popular anthologies that are short and sweet, and the Best American Essays series which I love but which are much longer. Dream of Things anthologies will not be short and sweet, but short and deep."
Saying Goodbye ($13.95) will be available in trade paperback from Ingram Book Company. You can find it on Amazon.com, Barnes& Noble and all major bookstores. For more information visit www.goodbyebook.com.
So there is the official news release. Here's the Merry ME version.
It feels right somehow that my first published story is about saying goodbye. Of all the subjects I could write about goodbyes are something I've had a lot of experience with. In my lifetime I've said many a goodbye, au revoir, or adios. Some have been followed by "good riddance and a flurry of four letter words, while others took many boxes of Kleenex and years of therapy to get over. I've said goodbye to friends, doctors, teachers, pets, houses, cars and an ovary that had served me well but I no longer needed. I've kissed a husband and children goodbye more times than I can count, each time more painful than the last. The only saving grace was that each goodbye was followed by a refreshing hello. And I sat with my mother as she drew her last breath and learned what it feels like to say a final farewell. 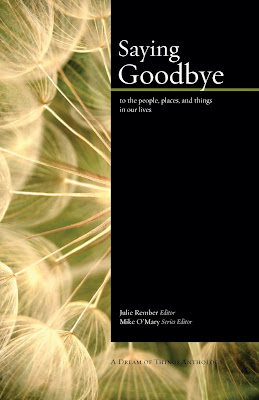 Like melted candy bars in the bottom of your purse, goodbyes are a part of life. That's what makes Saying Goodbye such a good read. The heartfelt stories included in the book are something everyone can relate to. Naturally, my story, Goodbye Upstairs, is about my father and I and one of the many lessons I've learned about living and dying.
Many years ago Mrs. Carden filled me with the idea that I could one day be a writer. Over the years other people that mattered tenderly nurtured that dream. However, I lacked the confidence to put my words "out there" for all the world to see. I only shared my stories with people I thought I could trust. Then one day, I stepped out in faith - or folly - and presented "Goodbye Upstairs" to my writing group. Le Chats Noir let me know it was time to make the dream come true. Do you think it's just a coincidence that the publisher that picked up my story is "Dream of Things"? I'm not so sure.
I know what I'll be doing tomorrow. I'll be waiting outside Barnes & Noble for the door to open. If I could I'd buy enough books to pass out to each of my faithful blog readers as a way of saying thank you for your friendship, support and encouragement. Alas, my credit card can only stretch so far. I hope, though, that you'll find your way to your favorite bookseller and pick up a copy.
Wishing for you something that makes you say, "I did that!"
Merry ME
Posted by Merry ME at 12:36 AM

Fantastic News, well done you!
Will it be published over here do you think? Cause it's not that easy to get American Amazon.
Hope so, cause would love to read it.
xx

Whohoo!! Got my copy saved in my cart at Amazon and told everyone I know in Selah about the event. It is very, very exciting to say the very least. lg

Yippee!! Good for you - and we who get to read you! Maybe I won't make it today, but I'll be going this week.

FANTASTIC!!!!!!!!!!
Doing the HAPPY DANCE over here for you .... I know this is total excitement....Get your pen ready to sign your story title for all your fans!!!!!!! And raise a glass to your self!!
Here's to taking the leap! The first of many!!

I hope I can pick up a copy one day soon so I can say...Ahem! I know that Author! She's a Sister/Friend of mine, lol!

this is just pretty darn awesome!!!
what an absolute delight to share this with you! way to go, woman! making dreams come true AND enriching the rest of us in the process!!
smilin' so big over here!

I just bought my copy from Amazon. :) I'm very, very proud of you, Mamacita!!! oxoxo, w

Cyber-trotting over to amazon this morning to purchase. it. Got your e-mails yesterday. Big hugs and congrats again - can't wait to read it:)

You dared to dream, to reach to breathe! Jennifer

Passing by from FireByrd and find such great news here! Congratulations.
Follow your dreams they know the way!
Your led straight into amazon:-)))) WOW

Congrats on being published! I too have that dream some day. We seem a bit like kindered spirts, read me some time I'd love to get your feedback.
www.thisislifeblog.com