As weekends go, this one was whirlwind. I've discovered it's hard to relax in just a couple of days. One  has to unwind, and unhook (something I thought I'd never have to do) and get comfortable to relax. Maybe it can be done in 2 weeks instead of 2 days.

I was constantly aware of my "rich" surroundings. More so than the ambiance. I'm not used to an affluent lifestyle. I found people watching almost as much fun as at an airport.


And I noticed that even while carrying a phone with a GPS I managed to get lost while walking straight out from our cottage, taking one right turn, heading down the beach, then returning the same way I came. If you are scratching your head and wondering how this is possible, I am too. Seriously, am I that directionally challenged. My first mistake was not wearing any shoes. The no man's land between the grassy lawn and the sandy beach is a minefield of dried sea oat branches, cracked shells, and stickers.

My second mistake, or actually the first, was not checking which cottage I would be walking back to. From the beach view, they all looked alike.  Yes, it would have been wise to carry my key with me as well as my phone. It would also be wise to figure out how to use the phone so that when I'm calling my Sweetie to come rescue me, it dials his regular number, not SOS.  Now we all know that it actually was an SOS but I was not ready to admit that to the beach patrol.  After wandering through an underground garage with no exit other than the way I'd entered, across a couple of unfamiliar looking lawns, and stopping to pick stickers out of my feet I got back home. Only to find myself locked out, and the phone still dialing SOS every time I plugged in Sweetie's number. I was hot. I was sweaty. I was sandy. I wanted in, in the worst way, so I did what any girl would do, right? I decided to climb over the patio railing (never thinking for a moment that I might not be able to hoist one leg over and not get stuck, or that the back door might also be locked). Yes, it was highly possible the police had already been summoned by my repeated phone calls. Just as likely that anyone seeing me climb over the patio might think I had unlawful intentions (think about it, if you were going to break into a place, it would be much easier to try to explain your way out of being caught in the light of day, instead of the dark of night, right?) I breathed a loud sigh of relief when the door opened and I stepped into the cool living room with no Swat team in sight. Once my breathing returned to normal, I went through the front door to retrieve my things. Out walks Sweetie, wondering where I've been. He'd gotten my message(s) and believed me to be lost! Ha!

Even though, Sweetie did not witness me climbing over the railing, he told me this morning the thought of it is high on his Best of Sea Island list. I think at the top of mine would be the way one of the hotel greeters talked to Sweetie as if he really is Santa. Others look - children either turn their eyes away then peek back over their shoulder, smile or just stare - Shamika wanted her picture taken and told us this  sweet story about how excited her 2 year old daughter (who had just undergone her 3rd open heart surgery) was going to be about seeing her mama with Santa. About the only thing that could top that would be Bella, spying me from across the room, smiling and making a beeline for my arms. Good Golly, I love that baby.

I thought a lot about the differences between the haves and the have nots on this trip. How some people were draped in a monied style/attitude/appearance like the moss on trees. I wondered about the how the old South plantation owners and house servants have evolved into a different/yet similar hierarchy. How some made it work, and others didn't let the name-tagged uniform hide generations of being less than. I thought about how out of my economical league I am with the people I work for, yet the only thing that seems to matter to either of us is their precious daughter. I looked at three tired mom, this morning. Dads were playing golf, babies down for a morning nap. I thought about being able to spend time with them and be trusted with their children. In the end, I decided, it's not the money that counts, its the love. And that comes in all shapes, sizes, socio-economic levels, colors, religions, sexes. Some may think it's money that makes the world go around (especially now that the government is shut down) but I still believe it's the love.

Here's to being love in every situation you find yourself in. 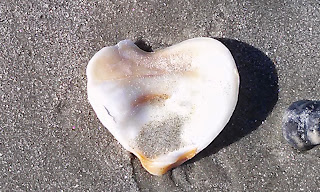 Love is where you find it. 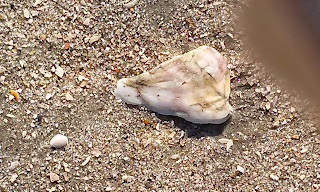 Dear Merry,
It is definitely the love that counts, more than anything and most of all.

Having money just makes for pretty things, lovely hotels as an example - it doesn't necessarily make for pretty people.

Pretty hearts comes from inside.

I've known millionaires who were relentlessly cruel and small-minded - and women on minimum wage who had loving classy hearts as big as Texas.


Glad that you didn't stay lost:)

They must be very glad to have you watching their child!

That was cute that the little ones thought Sweetie was Santa.

And yes, it takes at least a full week to relax - 2 days just covers unpacking and packing again!