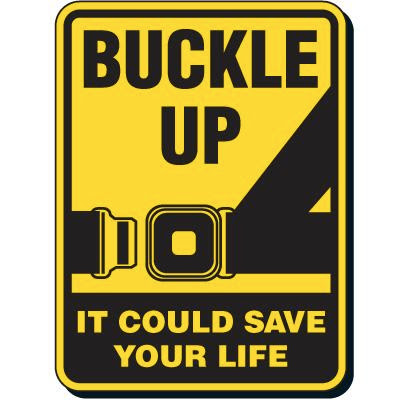 I'd be the first one to say that TV and print journalists use the negative rather than the positive to grab you and pull you in, thus increasing their following. I don't know why we as a society have bought into that thinking but apparently we have. The the nastier, the better. Basically, the only reason I still look at the paper is for the coupons and crossword puzzle. I seem to have taken up where my father left off where puzzles are concerned.
That said, I just scanned the Jacksonville on-line headlines and read something that hit my heart hard. It would be awful to hear any time of year, but at the holidays it feels like a triple axel gone seriously wrong in my gut.
In a nutshell, a family was traveling home from NC. It was late at night. A tire blew. Five people were killed and 4 children injured. Now here's the kicker - "Only two of the nine occupants were wearing seat belts and several victims were ejected."
I remember when cars didn't have seat belts. When driving from Chicago to Florida in a station wagon packed so full of kids, suitcases, a dog, a cat, and a bird in a cage that it took awhile for us to get untangled when Dad would finally agreed to a potty stop.
I remember when cars had seat belts but they were an inconvenience to buckle and unbuckle.
I remember being so pregnant a lap belt wouldn't go around my tummy.
I remember sitting in the driveway tapping my thumbs on the steering wheel, determined to wait my kids out - we didn't move until the seat belts were fastened.
But all that is history. Everybody and his brother knows wearing a seat belt will not only save your life, it will save you a bundle of money if you get stopped by a cop and you're strapped in tight.
So why? why? why? do people drive, especially with children in the car, without them? It makes no sense to me. It makes me crazy.
While the holidays are full of festive parties and family gatherings, they are also full of needless injuries and deaths. Please consider this a public service announcement before you start your engine:
Arrive Alive - Don't Drink and Drive
and don't forget to
Buckle Up!
Wishing for you and yours a safe holiday season,
Merry ME
Posted by Merry ME at 11:35 AM

I learned the hard way -- twice -- about how important it is to buckle up. The first time my face kissed the windshield, I was 15 and young and immortal and didn't see the need for seatbelts. After that, I wore them religiously. And when I was 27, I was poor-ish and my car had seatbelts that were more for decoration than function due to the ill-repair of the vehicle, and I learned the same lesson all over again the hard way.
Long story short, I wear them. If you're in my car, you wear them. If I own a car, they work. I'm not so sure I get a third strike, so I'm taking no chances! Thanks for posting this!