I'm feeling anything but Merry today. My eyes, like the overcast sky, are beginning to leak.
Why so sad? It's hard to put into words.
I got a message today, via caringbridge.org a friend from the "good old days" has died. He was diagnosed with pancreatic cancer just four short months ago. Along with looking for the best course of treatment he signed on to caring bridge which is way of journaling and getting notes from people. Reading his guestbook was like being transported back in time twenty years.
I won't say that those were the best of times, but with the benefit of hindsight I realize they were also not the worst. Sure there were long deployments, overflowing toilets, and divorces. There was also a camaraderie born out of shared joys and trials.
The helicopter band of brothers were a formidable group who played as hard as they worked. They were Naval Aviators which was, in their minds at least, only a few steps down the chain of command from God - there wasn't much they couldn't do or wouldn't try. At the time, that kind of thinking kind of drove me nuts. I see now how important it was for them to be able to do their job. With very few exceptions, everyone I knew came home from work alive.
Mort's death puts a whole new spin on things. I'm forced to realize that each of those daring fliers is no longer invincible. In recent weeks several people I know have passed away. I live with the hint of dying every day. But hearing that Mort's name has been added to the heavenly roster, brings the reality of life and death one step closer to home. Suddenly it is someone in my age group whose obituary I will read, not a stranger from another time. I feel more vulnerable.
I'm sure that in living rooms all over the country people are laughing and crying as they reminisce and tell stories about Mort. What I remember most clearly is the night, he for some reason known only to him, clamped a small, stuffed koala bear on his fly and wanted people to pat it. It's sounds as horrible now as it had to have been then. What I remember most, however, is the smile on his face, the delight that twinkled in his eye no matter how many women he offended. I guess maybe you had to be there. 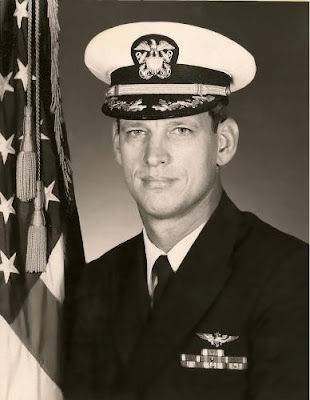 So sorry to hear you lost a friend and a connection to your history. When I saw the title in my feed reader, I held my breath for you. Did these helicopter aces train at Ft Rucker by any chance? I grew up near there...

I remember that damn koala!! He kept it clipped to his visor in his car.

I'm his oldest daughter. My Dad was a hero to the end.

40+ years for my family. We all respected and loved him.

Mary, such a wonderful post. I have been following Caringbridge and it was a walk back in time for me too. Those days were good and significant in all of our lives. I have been able to share time with Mort since his diagnosis and it has been a walk of courage. As my daughter Katie said, he was a hero to the end. We all loved him dearly and I was happy and so pleased he and I still had a good relationship.He was the love of my life. Best wishes to you. Linda McCarthy

I'm sorry to hear about the loss of your friend Mary...may he rest in eternal peace.

Yea, I think it is more than alright for you to be feeling sad.

Sending you love and warm hugs...
I love you!