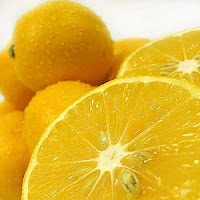 In a recent blog, Terri St. Cloud wrote about making lemonade from lemons. In regards to a slight screw up with an order she'd made, Terri wrote:

what struck me was they weren't lemons at all.
but you only knew that if you looked at them from the right angle.
it's all in the angle, isn't it????
I'm reminded of a really dark time in my life. I coped as best I could, but eventually downed a couple bottles of OTC sleep aids. My thought was not so much to kill myself as to have the freedom to lie down and go to sleep til my pain was over. I know, it doesn't make much sense and it didn't make sense then either, but I was hurting and was oh so tired.

A peaceful sleep is not exactly what happened. I did not get to take a 20 year nap and wake up like Rip Van Winkle. Instead I ended up in a hospital throwing up in a bucket, scared and embarrassed. Then I had to face my husband and try to explain. I don't think we said anything to my kids. I learned well from my family of origin how to side-step, forget to mention, and/or ignore the elephant in the living room.

A day or so after this incident I was still feeling pretty wounded, but there was an official-must-attend function my husband and I got dressed up and went to. Yup, I bucked up. I presented a happy face. I played my part. In the course of a conversation with a guy with lots of gold stars on his shoulder, the subject of my husband's next tour of duty - I think it was a ship on the other side of the country that was readying for a long deployment - came up. I might have complained but I doubt it. Regardless, the Admiral, looked me in the eye and told me "sometimes, Mary, you have to make lemonade out of lemons."

Depression is often defined as anger turned inward. For weeks after that tete-a-tete I saw red at the very mention of lemons. (I did, however, make a lemon merange pie for said Admiral. I've often wondered if he ever got the dig.)I quit contemplating suicide and enjoyed plotting murder. It took years for me to get over it.

I'm glad to say that I've made friends with most of my demons, and lemons. (I just noticed there is only one letter difference between demon and lemon! Ha!) Today I was even able to agree with and really "get" what Terri was saying. Plus, with lots of hindsight, even what the Admiral was saying, even though I still think he said it with little tact or compassion.

Aren't most things easier to swallow with a little bit of sugar? Or put another way, perspective?

Sorrow commented on a recent post, "I love the quote "perspective, USE it or lose it"! I agree, I like it pretty well too. But mostly I like being in a place where there is perspective, rather than a big black cloud hanging overhead making everything look bleak.

Here's one more quote for those who can handle it. I don't know if it was before or after she went to prison, but I actually heard Martha Stewart say on her TV show, "When life gives you lemons, make Lemon Mint Risotto." I guess she's done that and more with her share of life's lemons.

My prayer for you today: if you should find yourself surrounded with lemons, enjoy their sunny yellow color, their fresh smell and tangy taste and while you're at it, try teaching yourself to juggle.

You know,
I have never been very found of lemons,
for exactly the same reason.
I had a very narrow minded arsehat tell me when i was so wounded, so scared, and in so much emotional pain that i could see, feel or comprehend much of anything. That i needed to take the little bit of " Lemon" life had dealt me and add some sugar to it, and everything would be OK.
( one of the reasons I HATE therapists)
It was many years later a good friend said " when life hands you lemons, grab the salt and tequila, it won't make it go away, but it sure makes it funny for a few minutes"
I then stopped hating lemons.
~laughing~

As the only therapist Sorrow likes(!!!) I think lemons are wonderful, I love the smell the colour and the taste. I like that you can take a lemon and put it with so many things in life and get a depth of taste (perspective) that wasn't there before.
I like that I've even learnt to suck one and get something from doing it.
xx

Most of the time, bearing witness to the drama's which play out here is difficult to do. As much as Mary tres to let things "run off her back," I see the grump adjust his thinking and attack in a different way. That this is done for the most part when He and Mary are alone troubles me a great deal. It means what I do see is only the tip of the ice berg; or the drooling end of the elephants snout. That this affects our relationship on an irregular basis is the good news. That it affects us at all, the sad. As a metaphor Mary likens the existance here and with her siblings like having an "Elephant in the living room." We experienced our own "elephant" for several days as we tip-toed around each other for a reason that escapes me now. Eventually, we faced the elephant. It now performs at our leisure, and became the brunt of a playful exchange. We are now as we were - happy with each other-showing affection - pleased in who we are. To see and hear Mary laugh is joyful. To see her in pain is anything but. You all, posting to her blog is a God-Send to and for her. First, she puts a lot of effort into being true to her feelings as she posts. This is a very good thing. Second, she looks to the respnses eagerly, somewhat like a kid going in the door of a candy store. This too is good. Ultimately the really good news is that she has found kindred spirits; as you can read, Mary is very easy to Love - just for who and what she is. So, from the depths of my heart, I am proud to see Mary express herself so openly and lovingly; and grateful to you all, who caress her with Love and support. God bless you all. jdc

I'm very thankful and lucky that I didn't lose you to that 20-year nap.

I am a newcoming to Mary's posting, but not a newcomer to Mary. After the smiling at the sweet little girl in her Easter hat, I found Fyre Bird's comment that referred to in an earlier posting. I wasn't sure where it would be so loved rereading the last months's worth. Then I found it and became sad remembering those dark days, wondering then how we could make ME smile again and being angry all over again at the Admiral and his lemons. Maybe it wasn't a 20 year nap, but it has been 20 years of watching you blossom into the angel you are. JDC is another angel in the midst - two angels, one elephant and one grump. lrg