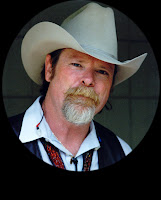 I live in a little bit of a bubble. If it doesn't happen on Cold Case, HGTV or inside the Cash Cab, chances are I'm not going to be real aware of what is going on in the world. I try to steer clear of newspapers and news TV because let's face it, it's too darned depressing. Thus I am a little late in finding out that Dan Seals died last month from lymphoma. Dan Seals the country singer and former partner of John Ford Coley, not the Illinois politician. Wekeki broke the news this morning. I am feeling very sad.

I can't say I was as much of a Seals follower, as say my man John Denver, but there are two or three of his songs that make my toes tap when they come on the Country Classics Radio station my father listens to when he's napping. Trisha Yearwood sings, "the song remembers when."

When I hear "I want to bop with you baby," I am transported in time. I am immediately in my living room in San Diego, dancing with my daughter, trying hard to remember the dance steps I learned in a line dance class (I don't think Im telling tales out of school if I say we are both a little rythmically challenged). We turned the music up loud and let ourselves become one with the music. We were in sync not just with the music, but with each other. We even got to where we could turn right or left at the same time.

There are a couple other songs, from the same album I think - The Best. Meet me in Montana is a duet sung with Marie Osmond. Let's face it, it's a corny song. Pretending you're Marie Osmond is not something most people would admit to. But when you are driving down the freeway, all by yourself and singing a song about long lost love, well just about anything goes. There is also a song on the album - One Friend - that I remember singing with longing. Funny, I don't recall who I was longing for! These are the words that used to make me long for more, but now I know I can count on Sweetie to be that someone...

Someone who understands me,
And knows me inside out.
And helps keep me together,
And believes without a doubt,
That I could move a mountain:
Someone to tell it to.
If I had only one friend left,
I'd want it to be you.
I wonder why it is that then and now, I still look to others to cheer me on, even if I've just moved a mountain. Is that an "it takes a village" mentality or just me being needy?

I know this may be little bit weird, but I have started a list of my favorite songs. That's not weird, but what is is that I'd like the songs to be played at my funeral. I want people to listen to the songs and hear the "soundtrack of my life." Here's one. It says what I'd like to say to the people I love, but says it so much better than I ever could:

We have known each other for so long
we are almost like one
and the ties of our love are so strong
they could never be undone
but if you should ever get restless
Just remember where ever you go
Chorus: In every smile, every face
Anytime, any place I will be there
Like a light in the dark
When you look in your heart
You'll stop and stare
And I will be there
There are times when you may get lonely
Feeling lost on your own
But if there's one thing this love has shown me
We are never alone
No matter how far away you are
My love follows you
Chorus:
On a cold night , in the moonlight
When your dreaming, and when you rise in the sunrise
Baby, I swear i will be there
Cause no matter how far way you are
My love follows you
Chorus:
I will be there, any time, I will be there
On a cold night, in the moonlight,
and when you rise, in the sun rise
Baby I will be there.

I know I spend way to much time thinking about not being here when I should be making a mark on the world instead of leaving songs. Still, you never know.

Excuse me .... this is about remembering Dan Seals not me.
I'd like everyone reading this to STOP !!! Click on this site, turn up the volume and enjoy this tribute to a man and a dance. If you are able to sit there without your feet doing a two-step of their own making, I suggest you are working to hard.

Here's to memories and blessings,
Merry ME
Posted by Merry ME at 4:00 PM

Bop is now playing over and over in my head, which is nice.
~w